This study identifies the partnership relationship between the Regional Government and the Regional House of Representatives (DPRD) of Indramayu Regency in the preparation of the Regional Revenue and Expenditure Budget of Indramayu Regency. The theory used is the partnership theory which contains three principles: equality, transparency and mutual benefit. The partnership theory describes how the principle of equality and the principle of transparency are implemented at the stage of preparing the Regional Revenue and Expenditure Budget in Indramayu Regency. Mutual benefit is also described as the result of the implementation of the APBD, followed by an analysis of the obstacles experienced in the preparation of the APBD in Indramayu Regency as well as the efforts of stakeholders in overcoming obstacles. The research method used is descriptive qualitative research method. The conclusion of the study shows that, there are differences in the application of the principle of equality in the musrenbang between one village/kelurahan and another in each sub-district. There is a polarization in the application of the principle of transparency among residents in terms of affiliation or political support for the Village Head (Kuwu). SKPD seems to be more dominant in the development planning process than community members. In addition, the benefits received by some community members from the implementation of the APBD every year are still relatively small. 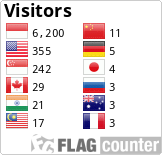